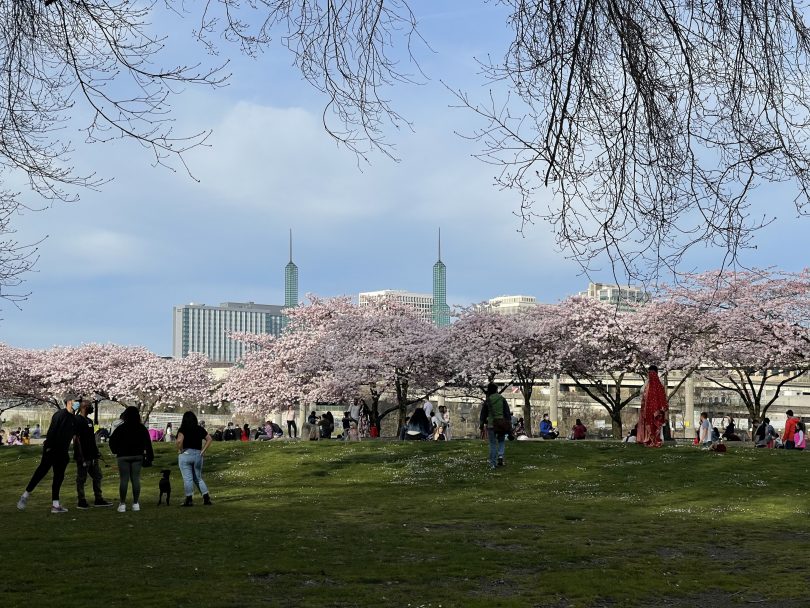 Portland is one of the most attractive cities in Oregon. Come here if you want to see what the future looks like. Portland, ten years ahead of its time and characterizing its era as much as Caesar’s Rome or Haussmann’s Paris. Portland makes up for the shortage of Colosseums and Baroque opera houses with innovation and ideas from scratch. Here, no thought and no way of life will be considered strange.

In 1973, the city boundaries were established (preventing the ugly sprawl of suburbs), in 1986 a light rail network was established, and in 1984 the first social project to introduce bicycles as a public transport appeared. During the economic crisis, Portland did not feel sad, but squared its shoulders and, full of a fighting spirit in the spirit of “do it yourself”, generously endowed the entire region (and even the country) with pavilions with fast food, microbreweries, hardcore punk rock, bike culture, independent magazines and moderate car traffic, more worthy of a small town than a metropolis.

In this city, historical buildings are adjacent to ultra-modern skyscrapers. A trip to Chinatown will give you the complete impression of being in China. Here you can buy any goods and souvenirs at incredibly low prices. In Portland, there is a fairly high probability of meeting Russian on the street. In total, over one hundred thousand Russians live in Oregon. These are programmers, restaurant and store owners, musicians and artists. On the territory of the city there are a couple of objects that attract special attention of tourists. These are Oregon ZOO and Rose Garden. They are located in the neighborhood, and between them a narrow-gauge road is laid, along which a real steam locomotive runs with several carriages for passengers. A huge area is given over to one of the largest zoos in the world. A tour of it will take a whole day and will delight both kids and adults. The Rose Garden is a wonderful creation by designers and gardeners. A stunningly manicured and extraordinarily beautiful garden made from millions of plants. There is also a souvenir shop, which also presents goods made from roses. While in Portland, it is worth visiting the Bonneville Hydroelectric Power Station, located on the Columbia River. The excursion takes place inside the dam, where through special thick glasses you can look into the underwater world of a huge river. There is a fish farm nearby, where you can get acquainted with the full cycle of trout cultivation in artificial reservoirs. The visit to the farm, like the hydroelectric power station, is free of charge. And of course, you definitely need to get to Multnomah Falls – Oregon’s calling card. This is the largest waterfall in the state. A well-maintained trail leads to the upper cascade of the falls, offering magnificent views of the Calumbia River and Oregon. The city itself and its surroundings are so attractive that it is worth staying here for a few days.

Portland’s booming gastronomic scene destroyed the rulebook a few years ago and morphed into countless genres, sub-genres, and sub-genres of sub-genres. Vegetarian restaurants are well represented, as well as brunch cafes, mixed Asian cuisine and a somewhat loose concept known as the Pacific Northwest. In addition, Portland is famous for its stands and pavilions with international fast food, which has incorporated all the cuisines of the planet Earth that you can taste without leaving one city block.

There are about thirty breweries within the city limits of Portland – more than in any other city on the planet. To taste beer without risking liver failure, order no more than four to eight beers.

On the Eastside, you will find several trendy shopping streets with restaurants and cafes. South East Hawthorne Blvd is the largest of them, N Mississippi Ave is not so long ago, and NE Alberta St is beautiful and unusual. To the south lies Sellwood, famous for its antique shops.