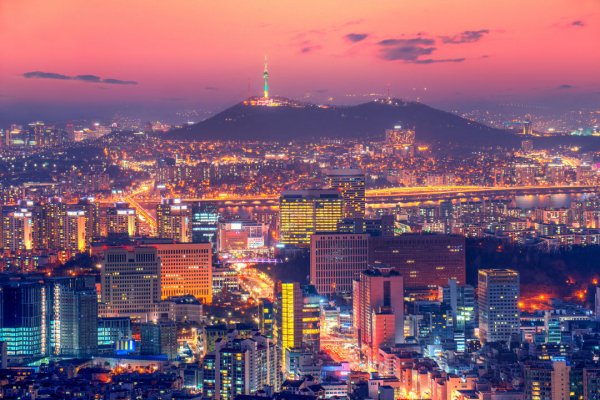 Delta plans to begin direct flights from PDX to Seoul, South Korea, in September. If that’s a little far for you, there are also new direct flights to Des Moines, Iowa.

Delta announced this week it would start nonstop service between PDX and Seoul-Incheon International Airport later this year, letting Portlanders dream of postpandemic jimjilbang spa sessions and a chance to replace that half-hour drive to H Mart for frozen japchae pancakes with a 12.5-hour flight to sample them fresh. The September 9 start date for the thrice-weekly route is “subject to change due to evolving travel restrictions, government authorization and demand,” according to the airline, which adds the Korean metropolis to Tokya Haneda and Amsterdam on its long-haul list out of PDX.

Covering 5,326 miles with a 234-seat Airbus A330-200, it will be by far the longest new flight out of Portland, but it’s not the only one. While the airport’s overall number of departures is down, with many airlines cutting frequency and storing planes in the pandemic, PDX has added several new direct destinations this year—most of which, unlike the Korean capital, do not currently require COVID testing or a 14-day quarantine for US travelers. As more people start to return to air travel, here are some other cities now just one hop away.

—Are you planning to run for president and want to lay some caucus groundwork? Does little Tipitina want to go to pre-frosh weekend at Grinnell? Did you watch Field of Dreams one too many times? Well, take a deep breath, because low-cost carrier Allegiant is starting a nonstop between PDX and Des Moines (translation: some monks), Iowa, in July.

—Do you like that Built to Spill song about elementary schoolers playing seven up but not remember which town it was set in? Do you sometimes think, “I love the Northwest, but I hate mask mandates and I wish the local news site ran more mugshots”? Well, starting May 28, Allegiant can fly you from PDX to Idaho Falls twice a week.

—Did a friend describe the Madonna Inn to you at a bar one night and now you will not rest until you experience the rock waterfall shower in the Caveman Room? Do you feel a need to make a pilgrimage to the alma mater of Ozzie Smith and Weird Al? Alaska begins direct flights to San Luis Obispo, home of California Polytechnic University, on June 17, while Allegiant started nonstops to nearby Santa Maria, California, in April.

—Did you suddenly remember your parents live in a giant aquarium and need to go on a quest to discover your roots? Is “play Pebble Beach” on the ol’ bucket list? Allegiant begins nonstop service to Monterey, in the northern tier of California’s Central Coast, in May.

—Is Portland so established as a beer city it’s blasé? Is Gerald Ford your favorite unelected president? Do converted furniture factories give you special thrill? Allegiant understands your plight, and is starting direct flights to Grand Rapids, Michigan, this June. Once there, you’ll be in, um, Grand Rapids, and just a half-hour from Lake Michigan and three and a half hours from the Mackinac Bridge, which connects the Great Lakes State’s Upper and Lower Peninsulas and was designed by the same person as the St. Johns Bridge. The designer, David Steinman, said the St. Johns Bridge was his favorite, but please don’t tell the Mackinac Bridge that. As Tacoma residents learned in 1940, it’s a bad idea to make a bridge angry.