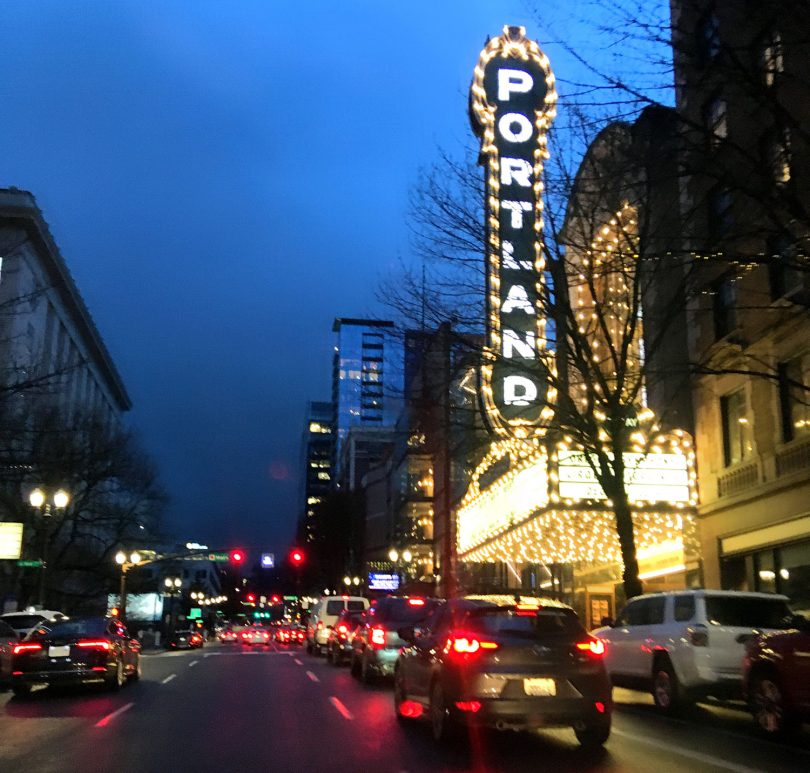 Nice to meet you. My name is Yuri Baxter Neil and I live in Portland, Oregon, USA. I have lived in Portland for 8 years. While living with my husband and two children, I am doing a project called “life sampling”. We call this by sampling (trying out and experiencing) life, but we provide everyone with an opportunity to experience Portland’s “ordinary life.” However, we help you to feel the raw Portland physically and mentally according to the interests and wishes of the visitors.

If you are interested in Portland’s “normal” experience, which cannot be understood from the guidebook alone,

please bring your “normal” and come to see Portland.

I fell in love with Portland

I came to the United States when I was 22 years old when I decided to graduate from a Japanese university. I started studying abroad because I love snowboarding. He met his husband, lived a long distance between Japan and the United States, and got married 13 years ago. After moving four times in five years, I moved to Portland eight years ago.

It was my husband who decided to raise children in Portland. 2010, when the first child is about to give birth. The first child-rearing in Portland, where it rains every day, away from the careers and relationships that I have built up. I don’t know much about the shops I go to to take a break, and I don’t have many friends who complain. The reality was that I didn’t have time to like Portland. I even thought I’d live for years and move to another land like I used to.

That made me want to keep raising my children here all the time, and I decided to take root in Portland because I met countless “likely” living people living here. “Because I’m a mom” “Because my child is small” Don’t make excuses like that, “So what !?” “Isn’t it fun?” “You should involve your child,” laughing and doing what you want to do. I’ve met a lot of people and shared my thoughts and time. And I think it’s because I fell in love with them and the culture, temperament, and historical background of Portland where they could live like that. I would like to introduce the charm of Portland that I feel.

After cooking the vegetables harvested by the child and the organic noodles made by Lola, everyone will have it.

Celebration of our couple’s 10th wedding anniversary at Megan’s farm. Thanks to everyone for coming this far.

Portland has a higher percentage of whites than other cities and states and is generally said to be a place with less “diversity”. However, when asked “What kind of place is Portland?” And “Why is it easy to live in?”, The first answer that comes to mind is the word “diversity.” To be sure, the variety of skin colors is less than in other places. However, the city is full of choices in terms of food, area of ​​residence, education, culture, and ways of playing. Depending on the lifestyle you want, you have the option of meeting your wishes according to the mood of the day.

After having a picnic on the beach with fresh vegetables bought at the farmers market, I went to the snowy mountains for a night game, and on the way back, I ate a greasy burger and came back. When it comes to education, there is no end to talking about it. Even within public schools, the curriculum varies from school to school, including project-based, Steiner education, environmental studies, French lessons, and weekly excursions. And above all, there are many individuals with various varieties.

Diversity of lifestyle is also a charm of Portland

Another feature of this city is that it is easy to choose your own lifestyle. Many people have their own “stickiness”. It does not mean that many are stubborn, but that they are aware of their beliefs and passions and are responsible for the consequences of their actions. Which vegetable you buy is also a choice and manifestation of which farmer and which farming method you support before “it is delicious and not delicious”. Don’t take a taxi from a company that is in great agreement with political policies that you don’t support. I don’t buy books online because I want to protect my local bookstore. Both opposition and approval speak out, take action, and express their will. Be aware that you are a member of the community while having a strong individuality. They start by “knowing” and “caring” what is happening around them, deciding their stance on it, and taking responsibility for their daily choices that lead to major social changes. The conversations between the Portlanders are hot. Portland, with its many such people, is also a city full of potential for its actions to change its region and future.

There are many individuals in Portland who have diversity. Lilith, a ceramist who creates very simple and delicate works, is also a political activist from the ground up, and his hobbies are mushroom hunting and skateboarding. There are many “cool people” examples here that I would like to introduce to my children.

They often have both hard and soft parts, and often have diverse hobbies, backgrounds, and values. Brian, the owner of his favorite fresh smoothie shop Canteen, is vegan and sticks to healthy food, but he is actually a heavy metal bandman, and the T-shirts sold at the shop are also hard designs. (Photo: Brian Heck)

The reason I decided to start a project called Life Sampling with a friend is simple. It may be close to the feeling that you want to let everyone know when you eat delicious food. I want to convey the true charm that I feel because I am a resident, not Portland like a transient boom. By sampling (trying out and experiencing) life, I wanted to provide everyone with an opportunity to experience Portland’s “normal life.”

Our goal is to connect you with the wonderful people in Portland, get inspired by their “normal” lives and thoughts, and bring something back to your life. thing. Not only do I envy you that “I like that kind of life”, but I also want you to get hints and stimuli that lead to “your own life” and “your own happiness.” It would be great if you could feel that you can make your own utopia instead of coming to look for it. Actually, the number one reason is that I introduced my charming friends to everyone (laughs).

It’s hard to say that Portland is such a place. Because it is a city with various faces in the part to be cut out. However, it is a city where each person who lives there lives carefully and cherishes his or her “normal”. Seeing is believing. Hyakumi is only one line. If you’re interested in Portland’s “normal” experience, which you can’t tell from a guidebook alone, we’d love to help. Please come to Portland with your “normal”. Rejoice in the “same”, learn from the “differences”, and love your “normal”.

After going to a local farm and harvesting vegetables, everyone cooks as it is. Use straw as a chair and eat outside. It is a farm-to-table experience that you make by yourself while talking with the locals.

While my child is playing with local children over the language barrier, mom talks with local moms while having a picnic in the park. If the timing is right, you can accompany a local school excursion or try admission.

Portland introduced by Yuri Baxter-Neal is such a place!

For our family, Portland, or Oregon’s charm, is its distance and relationship with nature. When I was pregnant with my child and talked with my husband about what kind of person I want them to be, for some reason they both imagined big trees like Redwood and Douglas fir, not humans. In that case, let’s make child-rearing natural. The important thing is to learn from nature. The life of our family, parenting and nature are inseparable. Go to the sea, mountains, rivers, forests according to the season and the mood at that time. The attraction of Portland is that you can walk to the forest without leaving your car. We recognize the seasons from what is happening in nature and the movements of animals, and at the same time feel the changes in the environment. Grow vegetables with your own hands, have them delivered from the farmers you support, and harvest the fruits according to the season. Making medicine with the grown herbs. Catch the salmon that have returned to the river and cook with the mushrooms that you picked on your way home. Portland is a very “livable” place for our family who want to live in nature as part of nature.