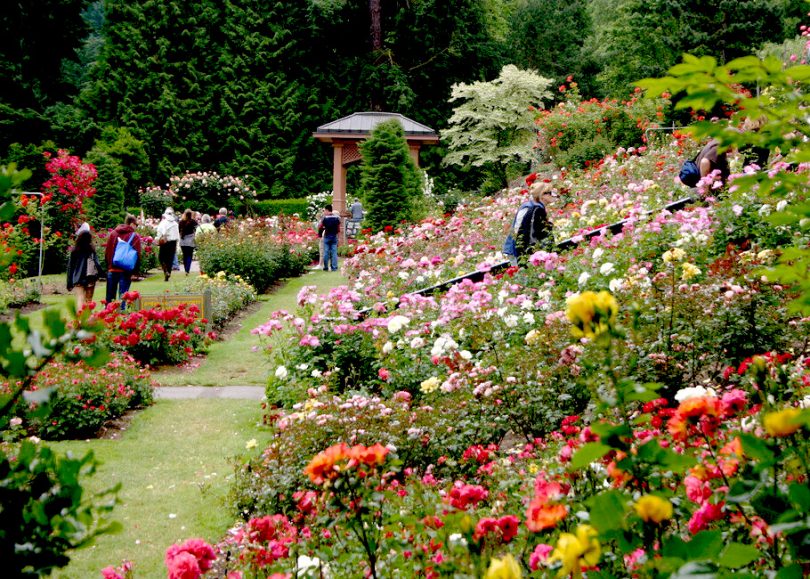 Portland, Oregon can rightfully be considered the city of roses. Here every year a unique Rose Festival is held, which is one of the most famous in the United States.

The Portland Rose Festival began to promote the city. The history of the festival began in 1907, when all states of America already knew about the Pasadena Rose Parade. The Portland Rose Festival was done following his example, however, many other traditions were added to it, including a children’s parade, a song show, golf competitions, races … In general, all events stretch out for two months, and some of them begin long before parade, at the beginning or end of the year. Thus, the Rose Festival acquired its own cycle in the city and has long become an integral part of it.

During its history, the festival has changed its name several times. At first it was the Carnival of Roses, then it became the Parade of the Rose Festival. The current official name of the event is the Great Flower Parade.

The main event of the festival is the parade that attracts the most attention. The parade lasts two whole days, and more than 500 thousand people come to it.
Traditionally, the coronation of the Queen begins before the parade. One of the Princesses chosen by each school in the city becomes the Queen. After the end of the parade, numerous attractions on the embankment are open for residents and guests of the city.

Thanks to this unique festival, Portland has managed to maintain the title of “Capital of Roses” for many years. The invented festival only underlines the tradition of growing roses in Portland, which has existed for many decades. If you missed the parade, be sure to check out the Portland Rose Garden, which features more than 550 varieties of flowers and more than 7,000 bushes.