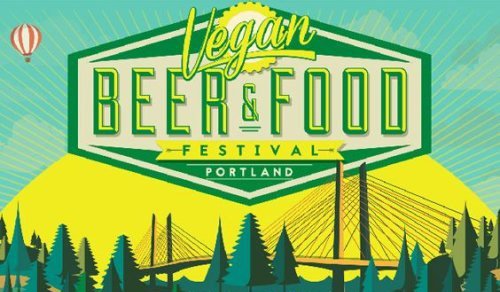 There are hundreds of vegan food festivals around the world, but only a few are dedicated to both food and beer.

One such is the Vegan Beer and Food Festival, which is held annually in Portland, Oregon, and is not only about eating and drinking.
The Portland Beer and Food Festival is not unique. It appeared thanks to another similar event that takes place annually in Los Angeles, and in fact is its continuation, but only launched in 2015. However, in 2017 the festival changed its owner and underwent a rebranding. It is now hosted by VegOut.

The festival (portland vegan beer fest) has a very light and friendly atmosphere. Plus, add performances from various bands, and you’re guaranteed a successful festival to come back to again and again!

It is worth noting the fact that only persons over the age of 21 can enter the festival. In the USA, they are very strict about alcohol consumption, so you won’t come to the festival with children. And there are quite a few types of beer presented at the festival. The products are from local small breweries and the selection of flavors will impress any foam connoisseur. By the way, beer at the festival will be liked even by those who are not a fan of the drink, because its taste is very different from that offered by mass market producers.

The festival does not go without a snack. And what goes best with beer? Of course, pizza, hamburgers, sandwiches and nachos. Needless to say, all dishes are prepared according to the rules of a vegan diet, so there is no meat or dairy products in the dishes.

Many people call this festival one of the best beer festivals. There are so many people who want to try beer or this or that dish that you have to stand in line.