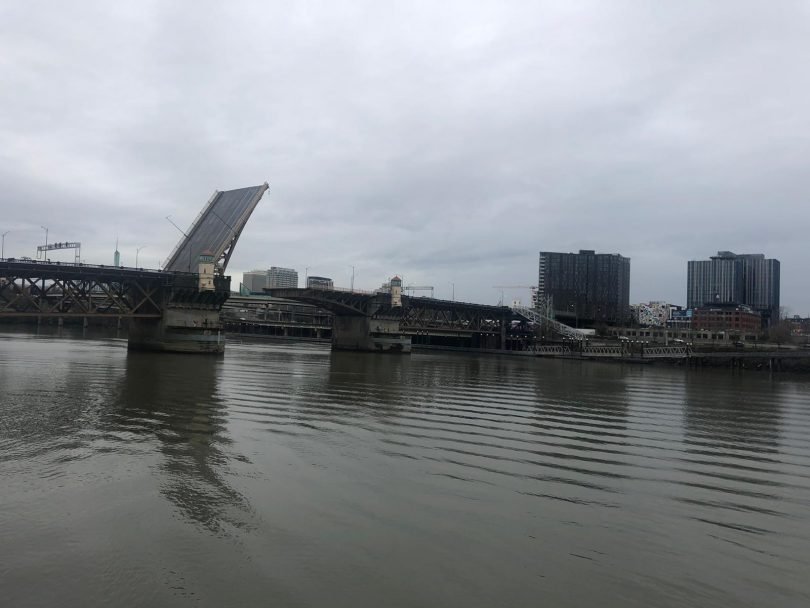 The bridges over the Willamette River make up the majority of the famous bridges in the city.

Portland is also recognizable by the abundance of bridges of various designs and shapes across the Willamette River, on which it stands. In this he is a kind of analogue of St. Petersburg. Bridges, too, are either movable, with lifting sections or high cable-stayed. And Portland is also in the northwest.

Fremont Bridge over the Willamette River. It is the bridge with the largest central span in Oregon and the second longest arch bridge in the world (after the Caiyuanba Bridge over the Yangtze River in China)

Drawbridge Broadway. This is the oldest drawbridge in the city, was built in 1913 and ranks first in the world for the length of the drawbridge.

Steel Bridge – a bridge with a vertically rising central span. It is a two-level bridge, on the lower level of which there is a railway and a bicycle / pedestrian path, and on the upper level there is a carriageway and a MAX light metro track. The bridge was built in 1912 and is the second oldest vertical lift bridge in North America. Also, it is the world’s only two-level bridge with independent lifts.

The Morrison Bridge is another Portland drawbridge listed on the US National Register of Historic Heritage (despite its relatively small age: the bridge was built in 1958).

The Hawthorne Bridge, another vertically rising center span bridge, is the oldest of its kind in the United States: commissioned in 1910.
It is the busiest bridge for cyclists and public transport in Oregon, with about 8,000 cyclists and 800 city buses carrying over 17,000 passengers per day.