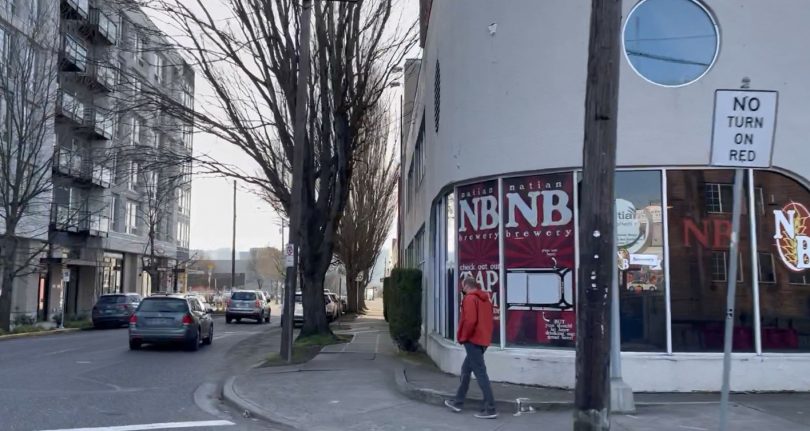 But from July to September it is warm and dry, and very bright. At this time, every weekend in the city, festivals of contemporary music take place, gathering crowds of young people in a wide variety of venues – from parks to parking lots.

Portland has done well in Chuck Palahniuk’s prose – his collection Runaways and Tramps is dedicated to the city. The writer moved here at the age of twenty-five and lived here for more than ten years, until the moment when he was glorified by the “Fight Club”. The city is also present in popular works of other authors: in “50 Shades of Gray”, “One Flew Over the Cuckoo’s Nest”, “Paranoid Park”. The most accurate description of modern Portland was achieved by the creators of Portlandia, a satirical series that debuted in 2011, which presented the city as a kind of hipster capital of the world, all whose inhabitants are absurdly obsessed with self-realization in creativity, farm food, bicycles, love of animals, etc.
While walking around Portland, one cannot help but notice that on the street you meet almost only young people. Rare retirees are likely to find themselves with dreadlocks and a skateboard. Young people flock to Portland from all over America to indulge in this fabulous community of cute startups and vintage clothing. In addition to everything, it is also inexpensive here. You can rent a house in a decent area for $ 300 a month. In anticipation of well-earned fame in the creative field, many Portlanders are forced to work in more mundane jobs. Many, again, devote two or three days a week to work – just as long as it takes to make ends meet. Having entered to buy a local SIM card, you can, for 20 minutes, regardless of the queue gathering behind you, listen to the seller’s intimate monologue about his parallel career as a stand-up comedian, a musician will earn money in between performances as a translator, and an architect as a cashier in a cafe. “Ice cream”.

Portland is a bit tight with jobs, making it the second largest population group after hipsters – the homeless. At least that’s how it looks. Especially noticeable against the backdrop of the traditionally uncrowded streets of Portland, their small camps in the center are almost every 20 meters. In the warmer months, homeless people languidly settle down on lawns and intersections, surrounded by their simple belongings, rising only to reach the nearest distribution of free stew. And by the way, there are surprisingly many young people among them. Similar to recent graduates of liberal arts universities, these homeless people often look more decent than the average passer-by on a Moscow street.
Another detail: almost all cafes, bars, hotels and even many shops in Portland have fast Wi-Fi, often even without a password.