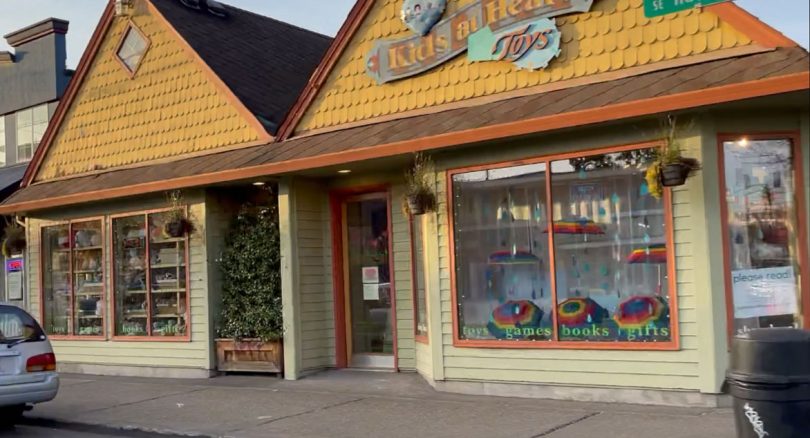 If you want to get into the real spirit of the city, then it is better to start from Mississippi Street. A cozy street going up the hill in the northern part of the city is full of cafes and shops, the vast majority of which are not chain stores, and their owners apply all their talents and wit to emphasize their own face of their establishments. “Small shops with a big heart” – that’s what they call it here.

Many shops in Portland are tempted to take photos and post them on Instagram with the #weirdshit tag, but Paxton Gate stands out even among them. They sell stuffed animals and skeletons of various animals. Have you thought about hanging a dried bat over your bed for a long time? The pleasure will cost $ 85. A beaver skull – 45 bucks, a stuffed lynx – a thousand. There are also major works – according to the seller, all of them are permanently popular and never stay in the store for a long time.

As if this parade of dead squirrels, piglets and bison was not a rather strange sight in itself, the owners exhibit something very special: for example, they can screw deer antlers to the head of a hare or dress up the skeleton of a marten in an elegant lace dress. A separate shelf is dedicated to knitting, namely crocheted panels depicting dissected frogs and mice.
For those who dream of looking like a Canadian grandfather, the nearby Animal Traffic store is recommended. Here in the assortment: seasoned sweatshirts and pea jackets, cowboy boots and flannel shirts, kurgozny thick sweaters, a little moronic junk like a hat from beer cans (“You know you want it” – the inscription on the price tag), American style.
In Mississippi Street cafes, as in the rest of Portland, beers and coffee are worth looking out for, two of which are the pride of local producers. On August 9, a big bike parade takes place on this street, and every February there is a Mardi Gras masquerade procession.
The nicest part of the northeast is the sleeping area of ​​the Alberta Arts District. Its picturesque one-story streets are practically deserted and are especially good for walking – here each house is individual and beautiful in its own way.
Coffee lovers should check out Extracto Cafe and Shop (2921 NE Killingsworth Street). The owners – a couple of smiling guys – themselves negotiate with coffee suppliers from different countries (Ethiopian is especially recommended), they select and pack it themselves, they themselves stand behind the counter – make coffee, turn on records and chat with visitors. Behind the neighboring doors of the same small building, there are shops selling vinyl records and old drums. It is difficult to imagine how they could exist in Moscow, but here it somehow works.
Locals have chosen another institution – the Indian restaurant Bollywood Theater. On the menu: curry, vindaloo, goan shrimp. Prices range from $ 3 to $ 8 per dish. American hipsters stand behind the stove, as in many Portland cafes with different cuisines. But Indians can be found among regular visitors.